To Lease or Buy a Solar Power System, That is the Question

This particular dilemma is one that every buyer interested in solar power faces, even those who have the wherewithal to purchase a system outright.

After all, if you could benefit from solar power without the high up-front costs, then why not go for it? We’re only interested in clean, affordable electricity, right?

The reasoning makes perfect sense at first glance. Leasing your property to a solar installer so that they may install their own system and sell you electricity at a subsidized rate is clearly a better financial choice.

Let’s not forget that solar power is a long term investment as most panels are operational 25 to 30 years from the time of installation. As such, financial decisions that may result in an immediate return may actually lead to lost opportunities in a few years time.

The Case for Leasing a Solar Power System

Leasing here simply means renting your property to a solar installer so that they may install a PV system on it. The installer owns all the rights to the solar power system, is responsible for its upkeep and will sell you electricity at a predetermined fixed rate for a fixed duration of time.

The advantage here is obvious. You no longer have to bother with the high upfront costs of going solar. As long as you have a property, you can simply lease it and start saving on electricity from day one.

And yet, that’s where the advantages stop.

Why You’d Rather Not

Firstly, let’s remember that whatever electricity the installer will sell you will be marked up with their own cut. In other words, the electricity you purchase from a lease agreement will always be more expensive than that you get from your own system. Yes, the cost of purchasing a solar power system will take time to recoup, but once that’s done, you’re pretty much getting free power.

Most lease agreements are 10-20 years long and come with fixed energy costs. So, the installer will guarantee a price for the electricity you purchase for the duration of the contract. This can be a double edged sword though.

A fixed electricity rate certainly hedges you against rising electricity costs. Installers usually assume that the cost of electricity from the grid will increase at a fixed rate.

So, let’s say that your lease agreement assumes the price of electricity will increase by 5% yearly. Now what if it only increased by 3%, or the growth went negative? 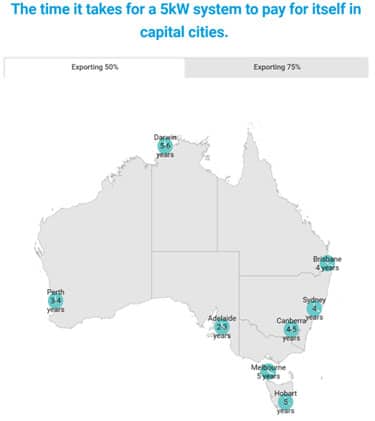 When we consider the fact that it takes two to six years for a solar power system to pay itself off depending on where you are in the country, the installer clearly has an advantage over the consumer.

Inherent to this disadvantage is the fact that the installer, not you, gets to enjoy all the tax and subsidy benefits granted by the government. The same would hold true for any government initiatives that may be launched in the future.

The Case for Buying a Solar Power System

The disadvantage of buying a solar power system is something we’re all too familiar with. They can be expensive! Few people have over 10 grands lying around to simply go out there and buy a set of solar panels.

Even so, you have multiple ways to bring down that cost, or at least make it more bearable. Firstly, there are several government subsidies that can significantly reduce the cost of going solar. The Small Scale Technology Certificates, or STCs that you earn by installing an renewable energy system. You can trade these certificates in an open market for cash.

Next, several states also have their own solar subsidy programs running that help people who meet a certain criteria. We’ve covered this topic in greater detail in our article on solar rebates.

The bottom line is that you can reasonably expect to save 30-50% on your solar installation after taking all possible government support into account.

If the cost is still too much and you wish to purchase and not lease a solar power system, then several banks offer low-interest financing options as well. Since the loan is given against what you will pay after all the subsidies have been taken into account, you can start enjoying free electricity right after installation.

So, you won’t be paying the sticker price for a solar power system, but the advantages don’t stop there. You also have feed-in-tariffs and net metering through which you can sell excess electricity to the grid and get a quick return on your investment. As we stated earlier, it usually takes around 5 years for a solar power system to pay itself off.

Why You’d Rather Not

When we consider STCs, state subsidies, net metering and solar loans, the financial gains from owning a solar power system simply outweigh leasing one. Even so, the final decision here rests on what you need.

Owners of large properties who wish to use it for solar power production but don’t have the finances to set up a plant may consider leasing it to an installer.

Likewise, if you neither wish to buy nor take on another loan, but will still like to have your electricity bill reduced, then nothing quite beats a lease or a power purchase agreement.

Let Us Help You Out 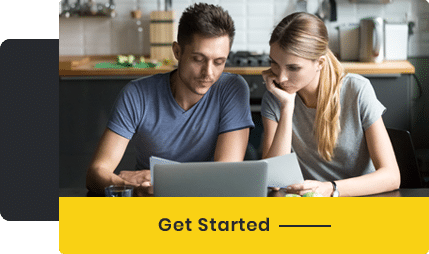 Indeed the advantages of going solar are many, but there are issues that need to be navigated expertly. Your long term energy and financial goals ultimately determine whether you should buy or lease a solar power system.

While you are no doubt familiar with your goals and capabilities, the elephant in this particular room is what can you expect from the solar power system you choose. What if it doesn’t take 5 years to pay itself off as the installer promised? What if it breaks down and needs to be replaced?

With bidmysolar™ on your side, you can be rest assured all your questions will be answered. We specialize in helping first time solar buyers make sound, realistic decisions that help them generate clean energy for as long as possible.