Since solar panels are exposed to the elements and are sitting on your roof where you can’t guard them behind a lock and key, chances are something bad will eventually happen to them.

Though foul weather is usually the culprit and one which we’ve covered in our article on how to protect your solar panels from weather damage, it’s by no means the only threat out there.

Let’s take a look at some of the lesser known menaces to solar security and what you can do to ward them off. 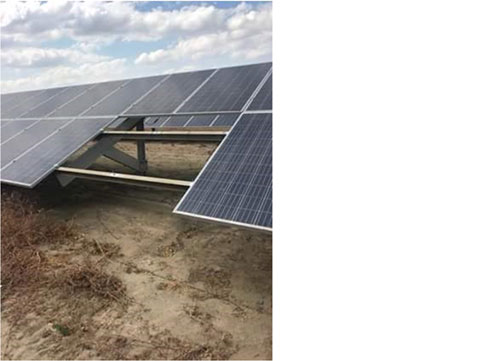 Yes, this happens. And, you’d be amazed how often.

For example, thieves had famously stolen solar panels off of a bushfire lookout tower in Gympie, Queensland. The tower had a number of cameras that act as early warning systems for fires and floods and were powered by the solar panels.

In another incident, thieves siphoned off 300 watts worth of solar panels, deep cycle batteries and electrical hardware from a toilet block at Stony Point.

Likewise, way back in 2011 a highly organized raid targeted a business in Gold Coast and ran away with 300 panels and inverters which were valued at $550k. The thieves used a stolen truck to make their escape.

Given that both of these solar panels were powering public services, it’s clear that some people have no boundaries and will go to any lengths to get what they want. Meaning, your panels are very much at risk of theft, particularly if you live outside a city or in the outback.

So, what can you do to stop that kleptovoltaic dead in his tracks? For starters, get your panels ensured. While there are measures you can take to ward off intruders, assume they might fail. Be sure your insurance policy has an anti-theft clause in it. Most don’t and chances are the agent won’t mention it.

Next, invest in some anti-theft systems for your solar panels. These can include roof or ground mounted motion-activated lights, cameras or alarms. A simple way is also to lock your solar panels to the mounting as they are usually just held down by some screws that are easy to take off.

Cleaning bird poop off your pickup’s windshield is one thing, getting them off solar panel’s another. Why so? Because solar panels are harder to reach and bird droppings tend to leave permanent marks on whatever they sit for too long. 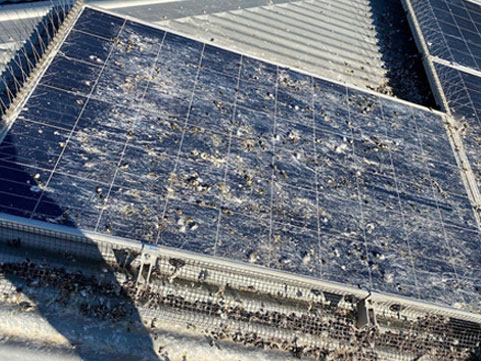 Not only can the droppings block out the sun from your panel’s photovoltaic cells, but they can also cause them to heat up and cause hot spots to form. Since the poop is acidic, it can lead to etching on the panel surface that’s hard to get rid off and may leave a permanent stain which will drive down the panel’s efficiency.

Birds, especially pigeons can also nest under your solar panels as they provide the perfect shelter against predators. In doing so, they can damage the electrical wiring that goes under the panels, or even weaken the mountings.

Several installers specialize in “bird-proofing” solar panels by blocking away any access points through which they can get under them. A simple metal-mesh around the panels usually does the trick. In places with severe bird problems, you may even have to take on more regular maintenance and cleaning drills to wash off any bird droppings.

Fake birds of prey are another creative way to deter the uninvited guests. Consider installing a fake owl or hawk on top of your roof. They usually scare away most pigeons and other critters like squirrels.

While the chances of a lightning strike are remote, you have to ask what would happen if your panels are the unlucky recipient of a bolt from above? Of course, places that are prone to cloud bursts and thunderstorms are at a higher risk than places with relatively tame weather.

But, lightning certainly is an issue that you should at least talk about with your solar installer. All solar installations come with rudimentary surge protection in the form of a grounding cable that runs from the rack to a metal rod buried several meters into the ground.

However, most grounding installations are designed to protect against arc faults and minor surges, some tens of amps flowing at a couple hundred or so volts. Lightnings on the other hand discharge several thousands amps at several millions volts in one bolt.

The only solution here is to go for a dedicated home lightning protection system that can cost several hundreds or even thousands of dollars.

Customized Solutions Can Help You Out Here

You probably don’t need to bother about all the three scenarios discussed above as they are more often than not location specific. For example, solar panel theft will be more common in less crowded, rural areas.

Similarly bird nesting will be restricted to certain locations that either fall on migratory pathways or those that have high bird populations. And, lightning strikes will occur mostly in places which are prone to cloud bursts. You may even have two or all the three problems where you live.

As Australia’s leading solar search engine, bidmysolar™ can help you find the right solar installer for your requirements. All the solar installers we work with are CEC accredited and highly experienced. Feel free to contact us with any questions.