At the face of it, battery storage with solar power seems like quite the perfect fit. Use whatever energy you need in the here and now and store the rest for later. But, as a solar power owner, you also want to recoup your investment and for that you have to sell the excess electricity your solar power system produces to the grid.

In fact, the more electricity you can offload to the grid, the sooner you can make your money back. So, why go for battery storage at all? After all, 89% of the country’s population lives in urban areas with very high grid uptime.

But, there are several use cases for adding a battery backup to your solar power system. Solar batteries have come a long way too. AC coupled batteries completely negate the need for an inverter or a charge controller to manage the electricity flowing in and out of the batteries, which drives down the total cost of the system.

All things considered, batteries are making more and more sense moving forward. Let’s take a look into a few of them.

You Live in a Bushfire Prone Area

Unfortunately, the majority of the most settled areas in Australia can experience several bushfire incidents in a year. 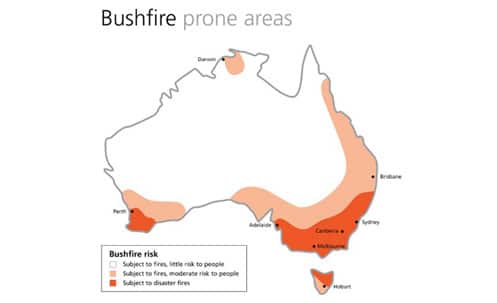 The 2019-2020 fire incident affected large parts of Australia and the smoke from the fire covered a large area including Sydney. While air pollution and property destruction is the most immediate concern, the smoke can also result in long blackouts and render solar panels useless.

Mass blackouts hit Sydney, Melbourne and many other major urban areas during last year’s fires and these events are likely to recur. Your panels will find few opportunities to recharge when there’s so much smoke in the air, in which case, it would make sense to store as much energy in a battery system should the grid go down.

As a testament to the battery’s utility in fire prone areas, the Australian government had also partnered with the German power storage company Sonnen to provide 188 families in South Australia who lost their homes in bushfires.

The rates that you pay for purchasing power from the grid tends to vary from time to time. These are divided as peak, shoulder and off-peak rates.

Peak rates are the highest and are offered for against time periods where there’s high demand for power. Off-peak rates are when the demand is at its least and shoulder rates apply to whatever demand that falls between peak and off-peak.

Ideally, you will want to sell your electricity during peak hours as that would fetch you the most coin for your kWh. But, what if the peak demand rate in your area isn’t at the same time the sun’s right on top of your panels? 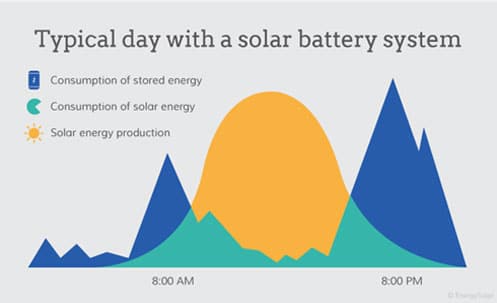 This problem also applies to households that use most electricity during off-solar hours. A battery backup system can provide adequate coverage by letting you store electricity generated during peak solar hours, then either selling it to the grid during peak grid hours or powering your home when the sun’s no longer around.

You Live in an Off-Grid Location

Batteries are almost unavoidable if you live on a farm or if your home has poor access to electricity. The key question here is what kind of batteries you should go for and how many since most, if not all your home’s power will come from solar panels.

Most off grid residential solar installations here in Australia prefer to go with deep cycle lead-acid batteries as they are the most tried and tested while also being the most affordable.

Lithium ion batteries are the new kid on the block and offer several advantages over lead acid batteries. LiOn batteries are usually 90%-95% efficient compared to 80%-85% efficiency of their lead-acid peers. This means LiOn batteries can retain more energy per recharge and you will need to charge them fewer times.

Lithium cells also have a deeper depth of discharge and can safely discharge 80% of the energy stored in them without risk of damage. Lead-acid batteries on the other hand top out at 50% discharge depth.

So, which one might be right for you? While LiOn batteries cost more upfront, if used properly their total cost of ownership can actually beat lead-acid. On the other hand, high quality lead batteries are already popular and can be replaced easily.

Solar Batteries are the Way of the Future

In such a situation, you might find variable peak times presenting few windows of opportunity to sell electricity at the highest rate possible. Batteries will be the only hedge against such a development as they will allow you to store and sell electricity on demand.

Several states are providing financial support for batteries as well. ACT for example has the government household battery program that slashes off $825 per kW upto a maximum of 30 kW. So, a 5 kW system can expect a $4000 rebate.

Part of the reason why the government is incentivizing battery storage is because we’re seeing too much electricity being dumped into the grid and not enough storage capacity to keep it. By adding more batteries to the grid, electricity can be stored for later use. In other words, you can also rent your batteries to the grid in times to come which can make for a potential source of earning.

Interested in finding out more about solar batteries and whether they are the right fit for your requirements? We’ve got you covered. With a network of over 250 experienced CEC accredited solar installers, we at bidmysolar™ have helped our customers save $3100 on average, and we’d love to help you do the same. Check out our vetting process or give us a call to learn more!